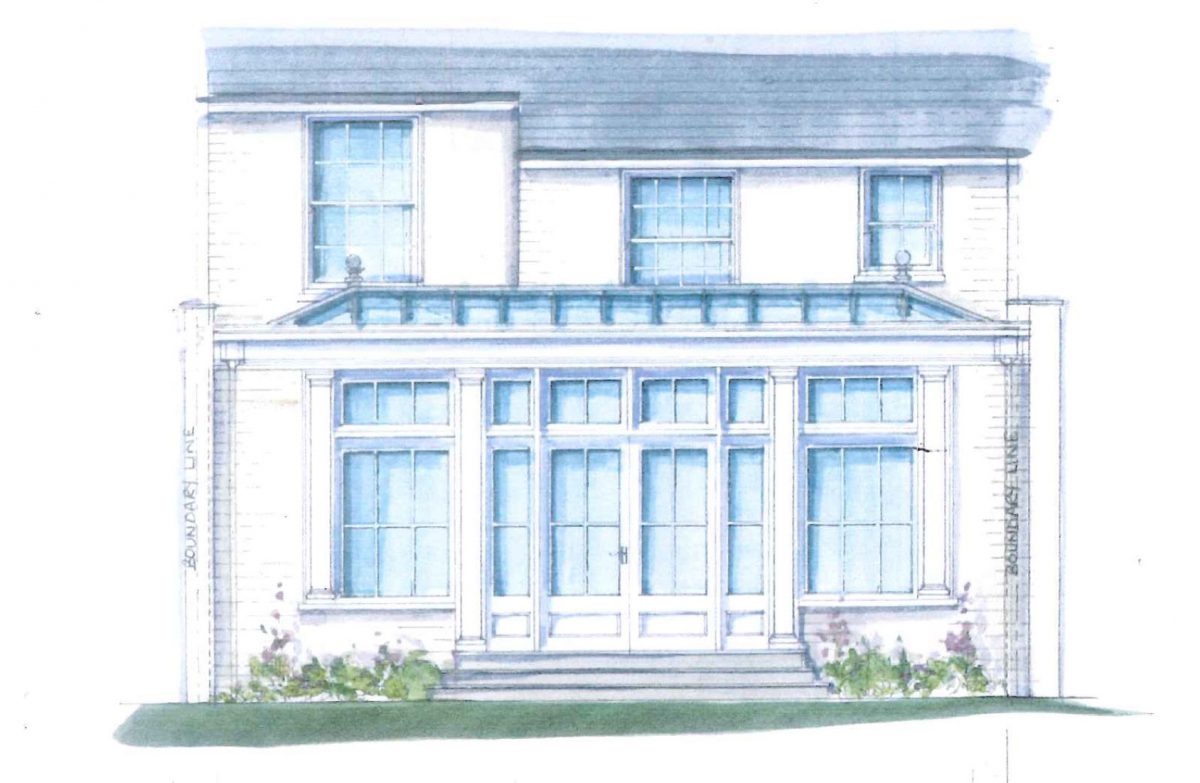 This was a fantastic project where we were commissioned & appointed to produce a bespoke tailor-made design for a one-off Single Storey Rear Extension to create a Proposed New Rear Garden Sun Room to replicate a Traditional Period Orangery Style Summer House with Traditional Victorian Style Lantern Glazed Roof-light Windows above to match in-keeping with the Original Grade II Listed Georgian House right on Parson’s Green part of Fulham.

The end product / build was a magnificent large spacious open-plan New Kitchen & Dining Room with maximum natural light flooding in from the Existing Rear Garden which was rather tight within its constrained surroundings due to the Heights & Over-shadowing of the Adjoining Buildings Adjacent plus the amount of Natural Light the New Roof-light Windows let in from above.

Even though it gives the appearance of a simple timber rear extension which could be mistaken as a kind of conservatory , this is all a product & result of Good Design which differs quite significantly from a standard simple basic off-the-shelf type building because every part / element of it has been carefully considered to follow & encompass the Order of ‘Classical Architecture’ i.e. Scale & Proportions of Windows / Columns Size , Width , Height , Depth , Entablature , Balance & Style of Fenestration.

This Project was nominated & shortlisted and came one of the runners-up as one of the finalists for the Hammersmith & Fulham L.A.B.C. (Local Authority Building Control) Award 2017 for Best Extension & Alteration to an Existing House / Property !